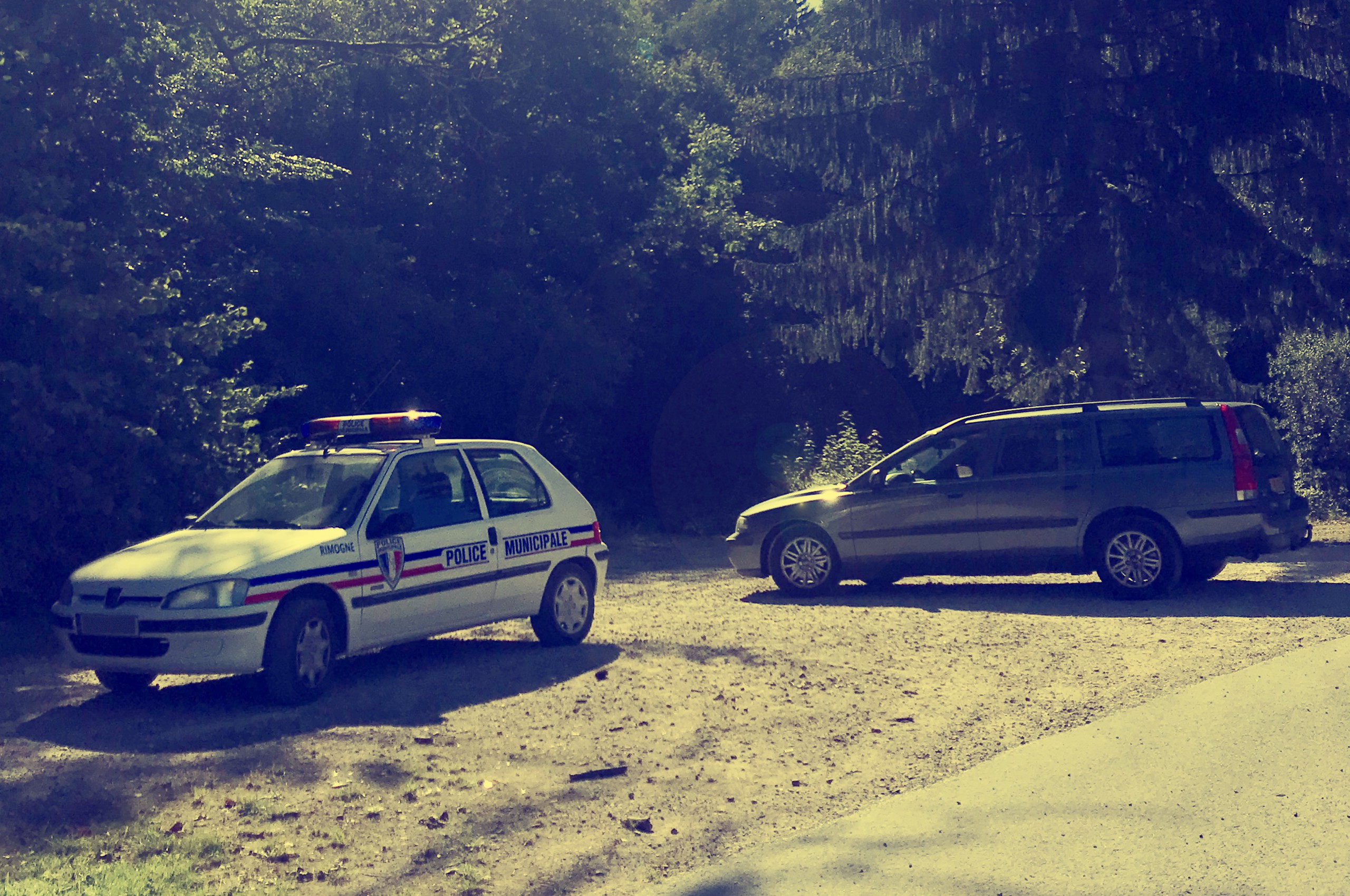 Photography of Salle des Fetes. How does that work?

I knock on the door of the town hall and ask if I may take pictures. I am usually referred to the mayor, who then speaks to me and decides if it is allowed. Sometimes he or she walks with me, or another employee. But often I just get the key.

The last time it went differently. The local police officer went with us for a while! During our short walk and in my best French, we had a conversation about my project. I told her that my parents used to have a house in northern France, and that I was there quite often. On my many visits, I got fascinated by all the salle des fetes that I passed. That I wanted to know more about this and became curious. I wanted to know what such a room looked like and then fantasized about the party. The officer responded with the question: “Don’t you have such party rooms in Holland?” Maybe, but we never go there. And her second question was: “Where do you celebrate a wedding then?” My answer: “Well, here, in France!! Hahaha..” (We were on our way to a wedding of friends) But I came to the conclusion that in Holland, we rent a cafe or restaurant for this kind of occasions. On her turn, she thought thát was kind of crazy!

After photographing the ‘Salle’ of her village, she drew my attention to another beautiful hall, a few villages away. She suggested to bring us there! We then drove 20 minutes behind her police car to the next Salle des Fetes. Unfortunately it was closed, and the mayor was not at home. But ain’t that good service of le Gendarmerie?